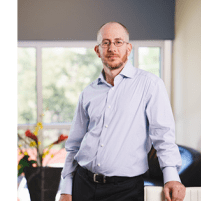 An aneurysm is bulging spot on the wall of an artery in your brain that looks something like a round berry hanging from a stem. It’s estimated that approximately one in 50 people has an unruptured brain aneurysm, and ruptured aneurysms are responsible for about 500,000 deaths worldwide every year. At Advanced Brain & Spine in Centennial and Wheat Ridge, Colorado, board-certified neurosurgeon Dr. Itay Melamed has extensive experience treating patients with brain aneurysms. If you’re in the Denver area and you’d like to learn more, call or book your appointment online today.

Click here to watch a video of the process to treat a wide-neck aneurysm through a stent coil treatment.

What is a brain aneurysm?

A brain aneurysm is essentially an out-pouching in an arterial wall that’s caused by weakness in one of the vessel’s layers. Most of the time, an aneurysm doesn’t cause any symptoms. When an aneurysm leaks blood into the brain, however, it causes a subarachnoid hemorrhage. If the blood enters the fluid spaces in the brain or the brain itself, it can result in other types of hemorrhages, as well.

A leaking aneurysm is a life-threatening problem. Common signs and symptoms include:

If you suspect you or someone else is experiencing this problem, call 911.

What causes a brain aneurysm?

Brain aneurysms, which affect approximately 1% of the population, can be the result of genetic and environmental causes. They usually occur randomly. Factors that can increase your risk of both developing an aneurysm and having it rupture include:

The risk of having a brain aneurysm rupture has been extensively investigated. Although the size and position of an aneurysm can affect its chance of rupturing, researchers generally agree that the overall risk of rupture is very low.

What are my treatment options?

Dr. Melamed can treat brain aneurysms in a variety of ways.

One of the most established treatment methods involves creating a window in your skull and retracting your brain to place a clip that blocks the aneurysm from the rest of the vessel’s blood flow. This method effectively reinforces the area of weakness in the blood vessel wall with an outside scaffold.

A newer technique called coiling allows Dr. Melamed to treat an aneurysm from the inside of the vessel and reinforce it with coils, or hair-thin strands of platinum.

Although coiling has fewer complications and patients tend to tolerate it better, coiling isn’t as always as long-lasting as clipping, and the procedure sometimes has to be repeated. Also, certain types of aneurysms aren’t suitable for coiling and are best treated with the clipping technique.

Observation is another treatment option for aneurysms that shouldn’t be overlooked. Watching an aneurysm can sometimes be less risky than actually treating the aneurysm, especially if it hasn’t ruptured.

Advanced Brain & Spine provides every available treatment option for patients with brain aneurysms. As the only private-practice surgeon in the Denver area who can perform both coiling and clipping techniques, Dr. Melamed is committed to offering his patients comprehensive aneurysm care.